Seacoast (Exeter) Area, NH 2021 CROP Hunger Walk registration is open. The walk scheduled for October 17th. Join us to help neighbors near and far get the meals they need for today and sustainable food security for tomorrow! https://events.crophungerwalk.org/2021/event/exeternh

Exeter Moves, Virtual 10K Run, Walk, or Ride challenge registration open. Exeter Moves encourages runners and outdoor enthusiasts, of all ages and abilities, to get outside and experience the benefits of fresh air and exercise! 100% of the donations go towards Exeter Parks & Recreation’s Program Scholarships. Runs from June 1 – June 30th. Fee: $25.00 per person for all ages.  Fee includes T-Shirt and entry to our raffle. To sign up go to: https://runsignup.com/exetermoves

South Berwick, Maine- Old Berwick Historical Society will be hosting the Piscataqua Company reenactors on Saturday, June 12 from 10am-4pm at Counting House Park, next door to their Counting House Museum at 2 Liberty Street.

A presentation of Harmon’s Company of Snowshoemen, this historical encampment represents the settlers along the Piscataqua River, 1623-1640, including Dover, Portsmouth, NH, “Old” Berwick, York, and Kittery, ME. Unlike the Pilgrims at Plymouth and the Boston area under the Massachusetts Bay Company, these were not Puritans seeking freedom to worship as they wanted, they were men under contract by landed proprietors to establish economically viable communities. There was a focus on fishing, salting, lumbering, and trade. Part of their responsibility included defense of the communities. The Piscataqua Company attempts to remember those men and women who first settled New Hampshire and Maine.

The society’s Counting House Museum will be open during the encampment from 10am-4pm. Encampment and Museum admission is free to the public, donations are gratefully accepted. Social distancing measures and masks are still encouraged.

This season, the Counting House Museum will be open June-October on Saturdays from 1pm-4pm and by appointment. Admission is free. More information is available by calling 207-384-0000 or at www.oldberwick.org.

Dads Free on Father’s Day, Sunday, June 20th at the Wright Museum in Wolfeboro when accompanied by a paying family member.

Parenting Journey in Recovery class begins June 3rd. It starts Thursday, June 3rd, and we stop taking applicants after the fourth class. It’s a virtual, 14 week group session that is specifically designed for parents in recovery! It’s amazing to see how parents grow from session to session! If  interested, click here. More info at www.sosrco.org

Annual Rummage & Food Drive on two consecutive weekends at Kensington Congregational Church on Friday May 28th from 1-5pm, Saturday May 29th from 10-1pm, Friday June 4th from 1-5pm and Saturday June 5th 10-1pm.  Pantry food and personal care items will be collected for St.Vincent de Paul food pantry. All items at the Rummage Sale are $1.00 unless otherwise marked!  Located on Route 150 in the center of town.  For more information, call the church office at 603-772-5821.

The Seacoast Half Marathon is one of the longest-running half marathons in coastal New Hampshire. This year, we are offering a suite of in-person and “virtual” options. The in-person half marathon will, as long as state and local officials permit it, be run on Sunday, October 31. With each virtual option, you decide where to run or walk, and when (between October 23 and October 31).

Event Times: Packet pick-up will open at 7:00 on Sunday, Oct. 31. Walkers will start at 8:00, and runners will start at 8:30. If staggered starts are required, start times will be adjusted appropriately, and all racers will be notified of the change.

Event Location: The Seacoast Half Marathon will start and finish at Portsmouth High School, Portsmouth, NH.

Details/Comments: The Seacoast Half Marathon is one of the longest-running half marathons in coastal New Hampshire. The race is unique in that all of the revenue (after race expenses) goes to local non-profit beneficiaries.Traditionally the Seacoast Half Marathon selects a new non-profit beneficiary each year, but this year is different! Since the 2020 SHM transitioned to a virtual event due to COVID-19, and did not produce the same level of fundraising for Cornerstone VNA, the 2020 beneficiary, the SHM Race Committee has decided to continue with Cornerstone VNA as the 2021 beneficiary.Cornerstone VNA is pleased that the SHM has chosen to support those on the front lines of this pandemic again for 2021!

Visiting Our National Parks: Lessons Learned
Virtual Presentation with John Bunker
Monday, May 24th at 7:00 PM
John Bunker resides in Stratham and has visited twenty-five national parks during the past two decades. While serving as the Associate Dean, UNH College of Health and Human Services, he developed a presentation for an undergraduate class on his adventures and misadventures to some of his favorite national parks: Badlands, Bryce, Canyonlands, Glacier, Grand Tetons, Yellowstone, and Zion.

His presentation will include a handout of his Ten Lessons Learned, a YouTube video of hiking Angel’s Landing in Zion National Park, and over 70 images of his travels to the Parks. Learn about a broad range of issues related to visiting our national Parks: lodging and dining, budget considerations, logistics and planning activities, and safety.

Cancer Survivors’ Day Celebration on Sunday, June 13, 12:00 – 3:00 pm Stratham Hill Park. Join us to celebrate with an afternoon of outdoor fun, including local food trucks, live music & entertainment. This event is free and open to the public. Learn more at unitedinwellness.org. 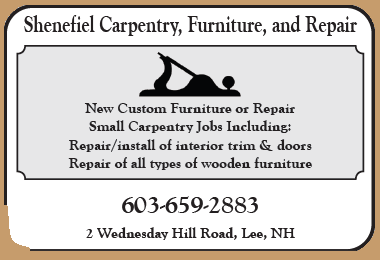 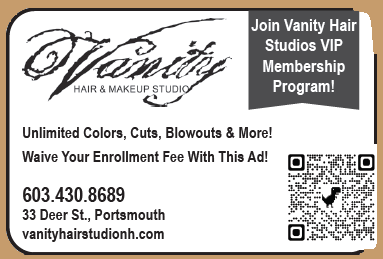 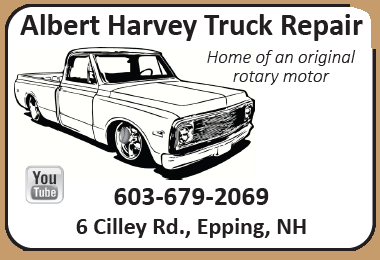